Home Email Booking on Chez Nous Our story
In the beginning
Follow the story....

21st May 1984, on this day 20 years ago PHILIP VOICE slipped silently into business. No one, especially Philip himself could have imagined that date would become the start something special, but it was!

Leap forward to the 10th February 2004 when Philip sold his successful Landscape and commercial maintenance company. It capped what was a most fruitful and special period for the enthusiastic and talented designer. 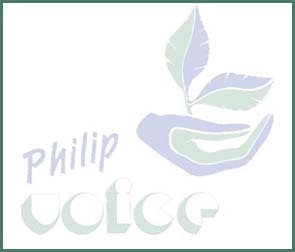 Contractual detail meant that there was no fanfare, just there one day and gone the next.

So, why the change? A question Philip has been asked many a time since he walked out the door for the last time as Managing Director. Lifestyle would be his first retort but add challenge, opportunity and adventure to the mix. It is a coincidence that it happened in Philip’s 40th year but it was always an ambition to retire at 40, payback for 20 solid years of work, work, work! It became an obsession and something he put 110% into.

The legacy, like designers and builders of a bygone age is a tangible imprint of his talents in peoples gardens. “That makes me smile and extremely proud” says Philip.

During his tenure Philip is proud to have spawned many new businesses along the way. Its amazing how many people who leave an impression on you and humbly, you feel you make an impression on too. There are at least 8 Landscape companies Philip can think of who’s proprietors or partners started their fledgling careers with Philip Voice. Philip believes it stood them in good stead.

Indeed it was one of Philip’s protégés that purchased the company and it is a fitting tribute to its success that it continues to this day to bear his name.

So what now?………….After 6 months of rest, Philip and Donna who was a major factor in the success of the company have sold their house and are now heading for the sleepier idyll of French Life. Having taken holidays in France for all of their married life they have decided to relocate the family. The idea is to put their business skills and experience into transforming run down property in the Perigord region into stylish quality Gite accommodation.

It will be hard graft to start with as we do the renovation and construction work, but having no mortgage and a pot of money to live on and use for the work it will mean after a couple of years they can settle into a lifestyle that is not 24/7/365 dedicated to business.

20 years has taken its toll and whilst they are too young to retire completely they can dictate their future a bit more.

France has become popular for property investment. Perhaps a little too overheated but initially the investment isn’t about money. The family intend to fully integrate into French life. With that means the Children, Henry (10) and Fleur (6), going immediately into a French school. 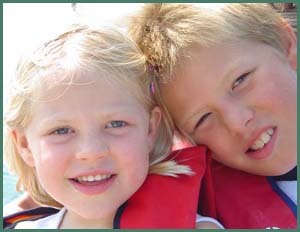 “The window of opportunity for Henry was small educationally speaking”, Said Philip. He is 11 in January and it is important that he gets a year at junior school before moving to the French equivalent of our secondary school. Fleur has more time and is expected to revel in the new environment. They are sad to be leaving Binsted School and their many friends but feel they have an excellent start too.

The Voices aren’t put off by the culture change or look at it as a selfish act. Indeed they view it as a major opportunity for all and especially the children. “They are both very confident and extremely bright” said Donna Voice.

Whilst planning and timing are crucial to the success things haven’t gone exactly to plan. Having agreed the sale on their house in Oakhanger, they received the news that their provisional offer for an old Farm and barns in the Northern Lot had been gazumped. Luckily, friends Judi and Roger Meadows stepped in with an offer to rent the Voices their Gite in the Dordogne for 6 months to use as a base. Based at Le Mas they will be located in the middle of the area that ultimately will become home.

“We are extremely grateful to Judi and Roger and knowing the region well and having stayed in Le Mas several times on holiday we are delighted and comfortable with the flexibility it gives us.” Indeed they feel the cooling property prices will mean more bang for their bucks. Whilst they will not be up and running to sell holidays for a while their progress can be followed by logging on to their website where there will be a web log together with photos and a forum where you can share views and ask questions.

21st May 1984, on this day 20 years ago PHILIP VOICE slipped silently into business. No one, especially Philip himself could have imagined that date would become the start something special, but it was!