Donna dug for victory on Satruday and lifted a third of  the spuds. We are hoping that when all are lifted we will have enough for all the winter and a bit more if they store well. 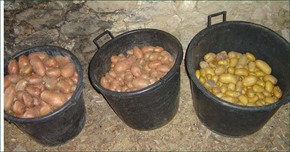 The Onions and Garlic dry in the barn. 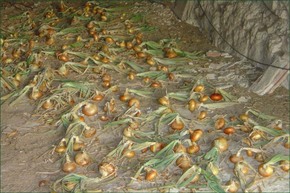 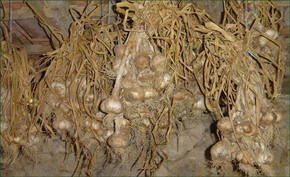 Looking forward to our first Melon too! 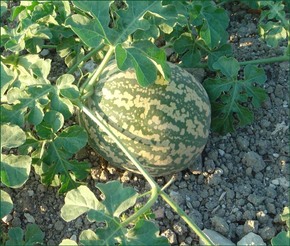 We have a loo!

In England luxuries were things like expensive holidays or new furniture or a car etc.

Here the latest luxury is a tempory permanent toilet. The Fosse Septique is installed but it doesn't have the french drain soakaway as yet. Its going to take a long time to fill up so hopefully I will get it complete before it overflows. 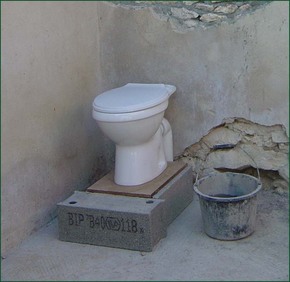 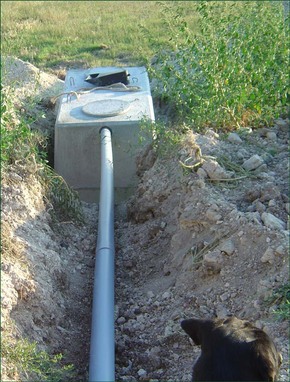 The Fosse looks a little out of the ground but in reality it will be covered with soil eventually.

Notice Hector overseeing quality control. That dog is so hard to please!

We arrived back (less Henners who is staying with his best friend Glenn in the UK for 10 days) from England looking forward to getting back into the swing of things.

Sadly, un be-known to us the variation to the planning has stalled as there seems to be some paperwork amiss!. It is frustrating as we applied initially three and a half months ago. We have a meeting tomorrow with our architect to try and get a solution before the great August shut down.

In the meantime we have been catching up on other chores. One is the installation of the Fosse Septique.

The hole excavated easily and without hinderance from any rock. I covered the area with 20mm shingle and levelled for a firm base. 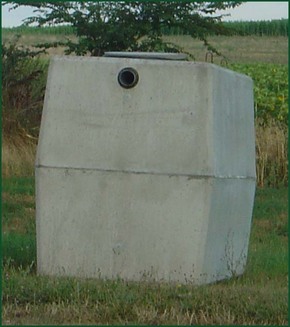 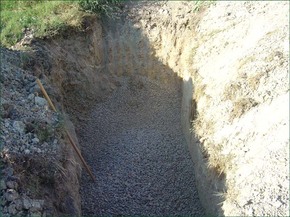 Just as I was about to lower the tank into the ground the telescopic ran out of diesel!!!! It has a dodgy fuel gauge so I had no idea. I bled the sytsem today and finally laid the tank to rest 24 hours later. In the meantime the tank remained suspended in mid air over night. As the full Sun set the full Moon rose and dominated the southern sky. It is as though the Sun Flowers bowed in respect to the Moons prominent face. The Moon just smiled and carried on to its late night resting place.

All became calm before the new dawn.

The other is lifting the onions and picking the courgettes.

The veg patch has been a revelation. We didn't realise (although I have been a gardener (of sorts) for 21 years) that 25 courgette plants would produce somewhere in the region of 500 plus courgettes. It is also essential that they are picked constantly to keep a nice size.

On our return we found a monster batch!!!

Take a look. This is just huge! 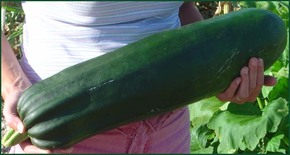 The onions and garlic are a great success.

The onions dry in the hot sun whilst the garlic hang in the barn till needed. 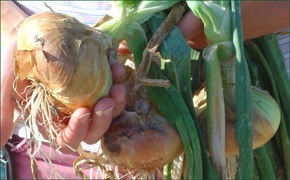 I have never seen such rich red tomatoes. 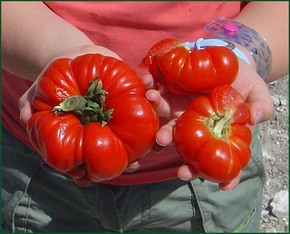 We have all been back to the UK for 10 days to refresh ourselves after our eventful 3 months. There was never the intention to return so soon after leaving especially as this is the second trip but I think Henry's recovery would only become complete when he had had a break with his friends.

It was good for all of us. I played golf for 5 solid days in Cornwall (exhausting and full on). The weather was fantastic but it played a part in every ones fatigue except Mr Reekie who burnt up St Mellion with an impressive 39 stableford points playing off of 9HC.

I cam second on the day with 30 points and fifth overall. Good fun.

Donna and the children took their time visiting family and friends and celebrating Fleur's 7 th birthday with Ice skating in Guildford.

We arrived back at Jean Blanc after a long drive from Boulogne. It took 9.5 hours (with 2 stops for refreshments) but we shaved 20 miles off the return journey but even the 526 miles in one go was a slog.

After a check round in the dark to make sure all was OK we retired for the night. The morning was a stark reminder of what we still had to do before we can live in it!!.

Today it is catching up on admin and washing and putting things away and tomorrow on with some building and getting the Fosse Septique in so we can install the toilet. Having guests camping in August its an incentive for me so that there is some comfort. (the port a loo isn't the nicest of things:-)

As I type this (10.50pm French time) Henry and Fleur are aboard a combine Harvester with M Bertrand cutting the wheat. It is a state of the art Claas with computer. Its like a jumbo jet. 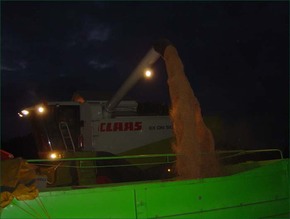 Snake in the grass!

Caught this little fella sneaking in the short grass! 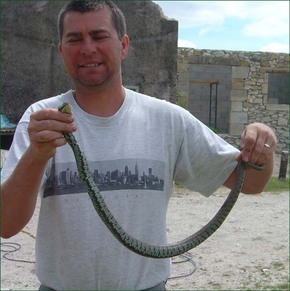 Don't worry I didn't harm it we let it go in the long grass.

Its more civilised on the ground floor now as we have concreted the last of the floors. It makes a change from negotiating the rubble and looks a feels cleaner and tidier. 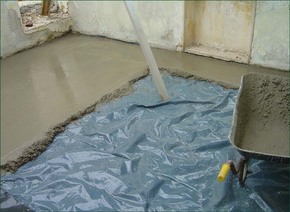 The veg patch has been a revelation!

We have melon, cabbage, sprouts, carrots, broccoli, peas, broad beans, sweetcorn,3 different potatoes, tomato's, spinnach, lettuce, leak, onions, peppers and garlic and all so for has been successful.

The courgettes especially are fantastic with the plants over 4' tall!!!

Donna displays her courgette plants for the camera;-) 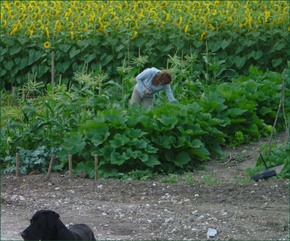 Apart from the delay in getting the oak for the floor joists from M. Fabre I have been pleased with all aspects of the project since resuming on full power. The new second story to the newer part of the old building (if that makes sense) is taking shape and looks in my opinion very attractive with the new stonework against the old rendered wall. We are not sure if to remove the old render and reveal the stone or keep the contrast with some climbers over it. 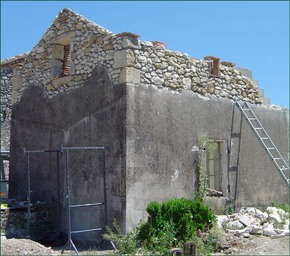 Whilst we have been left Le Mas for 5 weeks now and living in another Gite closer to Jean Blanc at Envals we have had France Telecom (FT) connect the telephone line. We found them to be very efficient and I must say that any delays were down to ourselves not being organised.

It took me a day to dig the 300m trench to the road and a further day to break the last 4 metres through the bed rock at the house end to terminate the cable. The FT guy turned up and explained several times that we should have taken the green conduit through into the house and several sharp intakes of breath later decided he would go against regulations anyway and proceed with the installation provided I put in an ugly inspection box and drill through the 500mm wall to the cave myself.

He said he would be 1 hour maximum at the roadside and seemed to have a smug grin on his face thinking that it would be 2 hours to drill the wall. He even lent me the drill bit for my sds drill.

Well 3 minutes it took me and a further 20 minutes to concrete in the inspection box. I even had time for a cup of tea before he returned.

So we were duly connected!

Filling in the trench late that evening I cut through the cable! We have a very shallow bit where there is solid rock. I was going to cover it with 60cm of soil and form a bank to protect it but unwittingly tugged it out with the bucket.

I felt such a dodo. 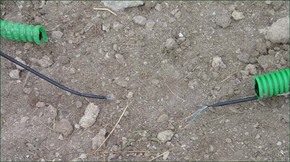