Spooky God face in the smoke of the Twin Towers 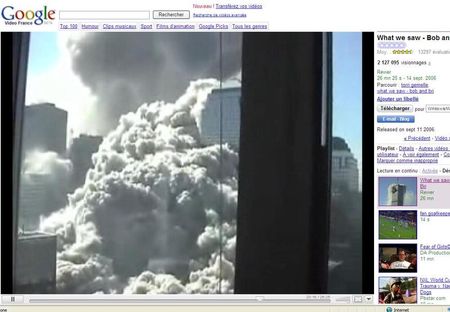 Watch this video of the second of the Twin Towers falling and see a god-like face appear in the smoke and dust.

I was watching a Google video - What we saw Bob and Bri - of the events unfolding. 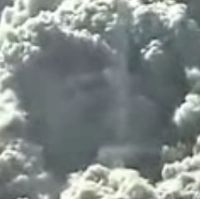 The first Tower had already fallen and just as it seemed it could not get any worse the second tower collapses.

As the huge building crumbles and the dust and smoke engulfs the area I saw a face briefly appear.

If I was asked to imagine (I'm not a religious person) how God or Jesus would look like then I guess this would be it. There's a forlorn, almost sad expression in the eyes.

To prove this isn't trickery on my part, watch the video yourself:, the image starts to appear on 20minutes and 16 seconds. You will be able to see it develop for yourself, if you watch carefully.

Foot note: The original Google video was removed but the same video was uploaded to Youtube. 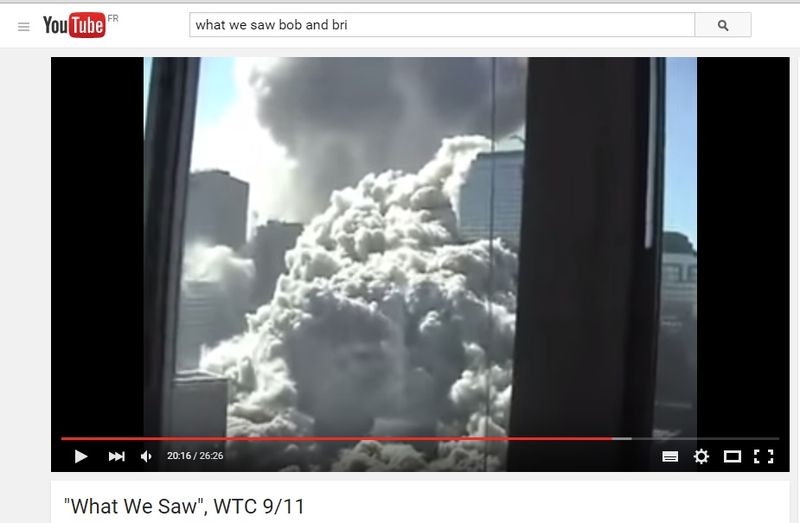 flames!I wish it would all go up in smoke! 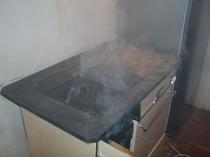 Ok, I do not mean the house or our project but I am feeling somewhat dispondant, dejected  and mopey!

I have spent the last 3 days trying to sort out the wood burning part of the Godin cooker.

This has meant pushing a metal tube through the kitchen wall and using a right angled bend sending a flexible flue pipe through a terracotta chimney which I built in the last 2 days.

Continue reading "flames!I wish it would all go up in smoke!" »

Many travellers to France come for the sun, food and wine, but there another attraction is also the vast history.

France has also been caught in the middle of two world wars which has left her with many scars and some unimaginable stories of horror and hardship.

One such story is that of the massacre of 642 Men, Women and children in the small and typical French village of Oradour-sur-Glane.

There has been unrest recently at Bergerac airport and yesterday saw it culminate in a blockade.

The problems have arisen by the recent expansion and planned commercialisation which has led to the franchisees of the small bar and restaurant being kicked out.

The catering facilities are now closed and empty as the developers near demolition. The franchisees though are not giving in and have protested against what they perceive as a political conspiracy.

The world full of coincidences

How many of us believe in coincidences?

I think I have covered it before on my blog.

Today, whilst looking through the referall stats I came a cross a search result on MS from someone in Iowa USA using the criteria "how to frame mini hips on a gable roof".

All is not well in the Hen House

Sunday mornings are not usually especially exciting here deep in the countryside of the Lot et Garonne but today we saw a little action.

Continue reading "All is not well in the Hen House" »

Paying your way on the net

I have two friends, Martin and Danielle Griffin who regularly visit Perigord Vacance, who own a house in Aude.

They maintain a website dedicated to Francophiles with a forum for discussions.

Continue reading "Paying your way on the net" »

I am also very pleased that I have had an article published on French Entree. Something I have covered here before concerning the use of a scout to investigate property purchases in France.

Be prepared to pay and employing a scout can potentially save hundreds if not a couple of thousand pounds if you employ a trusted associate or friend to look for and evaluate properties for you.

Lefarge the perfect Mix a Mate 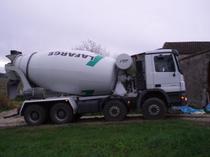 I procrastinated for ages over whether to mix the concrete for the barn floor myself or pay that little bit extra and have a ready mix concrete delivery.Well, in hindsight the decision should have been a no-brainer!

Lefarge called me at 7.45 to say the lorry had left the Villeneuve depot and that the lorry would be with me by 8.45.

I had set everything up yesterday evening and with the help of a couple of neighbours we were ready to greet the driver.

An alternative to airflex insulation

After the recent delay we are back on track again. The plastic membrane is in place as too is the metal re-enforcing so that we can pour the concrete on Friday.