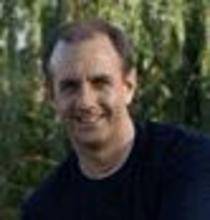 I am fairly practical and I can dabble a bit under a bonnet but, unlike my elder brother, I am not a mechanic. Not being able to drive the car to a garage, I had to think of an alternative way of getting the van fixed, or at least diagnosed.

I had come to the conclusion, after looking through a few forums, that perhaps the thrust bearing had gone.

Our friend and neighbour Richard, had just had a problem with his car and spoke highly of a mobile mechanic, who came to the house, assessed and diagnosed the problem and returned to fix it once the parts had arrived.

We had a chat about the problem, bled the system which worked momentarily; Jason came quickly to the conclusion that air was more than likely to be entering the system thus not being able to disengage the the clutch.

Further investigations found that there was a weeping of brake fluid from clutch master cylinder behind the clutch pedal and was highly likely to be the source of the leak. Oil was exiting and air was entering through the seal.

We decided, rather than take a chance and quite a few euros later, that the clutch had gone, that we would deal with relatively simple solution first. It seemed a logical way forward.

What is more, it seems that car parts in France are much more expensive that the UK and by sending to the UK we could save some money. Jason has now ordered the parts and hopefully they will be with us within four days and get me back on the road - fingers crossed it is going to work.

This service may be of interest to you if you live in the Dordogne or Lot et Garonne close to the Bergerac and Monflanquin areas.

Jason tells me that he over 20 years experience in the motor trade including City & Guilds apprenticeship and experience in independent, franchised and motor sport dealerships.

He has been in France for the last 3 years as a registered 'Artisan' and built up a large database of mostly English clients.

Jason says that his aim is to always try ando arrive on time, do the job at a competitive price and carry out his work with care.

The benefits to the customer include a mobile service, 'shopping around' to find the best price for parts and advice for the procedures of a 'Controle Technique'.

My 'area' covers a large section of the SW, with customers as far apart as La Reole, Mussidan and Monflanquin.

What might also be of interest, and I will cover this shortly on a separate post, is Jason and his wife also run a motor caravan business for holiday makers flying into Bergerac and Bordeaux airports.

This may also be an good option if you are thinking of taking a holiday with us. Why not split your time between a week roaming around the sites and scenes and a week lounging by the pool?

Jason can be contacted via his website Evolution Motor Homes or pop me an email here philipvoice@gmail.com and I will pass on his mobile number.