I have to a big big thank you to Roy Seedwell for helping me out last weekend with finalising the electrics.

I had, with the help of a couple of buddies, worked out how to wire the kitchen plugs and circuits and I had delivered all of the conduits back to the fuse board.

Half of the electrics had been temporarily connected for some time but I has not fixed the conduits onto beams and walls in the cave so all had to be disconnected and then routed and fixed.

Tags: english speaking electrician in the dordogne and l

I have been following the saga about the right to healthcare in France for British ex-pats.

The whole subject has certainly created a stir and caused some sleepless nights in a few households.

I was only told about it by a friend fairly recently. Until that point in time over a convivial glass of wine at a BBQ I was blissfully unaware of the volcano that was erupting.

Luckily, I turned to This French Life which is always on the ball with following important news and information for ex pats and picked up on this article that Craig had written.

Craig says that it all started with some loosely written and erroneous press coverage with the bombshell that Sarkosy has withdrawn health cover for anyone under retirement age that is not contributing to the French system.

As you can probably imagine, with two young children and personally growing older by the day, it came as a bit of a surprise. After all, we are all part of Europe aren't we?

Further press coverage seemed to change the landscape and it did indeed look as though we were doomed to die in horrible discomfort whilst the empty wards shouted 'Non'! at us as we clawed at the hospital entrance, desperate for medical assistance.

How to create crystal clear water in your swimming pool 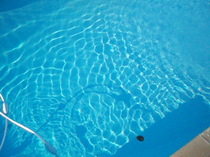 Do you remember a while back I explained how a small marble of muck had collected behind the pressure reducing disc behind the universal wall fitting that reduced the pressure by about 70%?

This week we had another problem with different symptoms but the solution took us back to the same source behind the UWF.

I had noticed that the booster pump for the Polaris 280 was making a really loud noise and I suspected the pump was running dry.

Lots of fiddling around and a backwash to make sure that the flow through the sand filter had not been reduced but all seemed fine.

Because the symptoms were different I did not think about removing the pressure re stricter disk immediately but when I did a small trickle of leaf litter blew out (no hard marble this time).

Putting back together the robot once again did a celebratory somersault and away it went - back to normal.

So, if you have the polaris 280 and get a rather limp or lethargic robot you should check this UWF first.

I have to say we have been very fortunate since we arrived in France regarding exchanging our Sterling into Euros. I have a friend who works at a bank and he was able to change money at top rates under a friends and family arrangement.

Unfortunately, this arrangement has had to end due to anti laundering measures which has meant I have had to search for an alternative.

I had noticed a a link on a website to Currency UK and after reading through their details and terms I decided that I would set up an account.

I contacted them through their website and received an email back within minutes confirming that the details would be sent out this morning.

A Pea Souper at Bergerac Airport 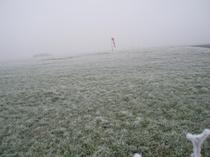 As promised I popped into Bergerac Airport on my way to the last minute shopping.

Unfortunately, at 12 noon the Fog remained as thick as ever and temperatures were -2.

I popped into the check in and it was empty with all terminals turned off. Of course it might have meant that no planes were due rather than cancelled.

I understand that Bergerac does not have advanced equipment to handle aircraft approaches in dense fog so in the circumstances regular checks if you are planning to travel to Bergerac or collect from Bergerac are well advised. 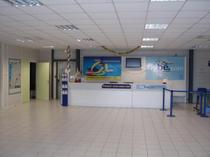 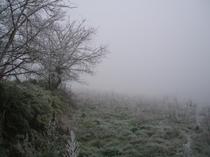 If you have a scheduled flight into Bergerac Airport today the 23rd or Christmas Eve then you would be wise to telephone your airline operator to confirm that they are able to land.

If you are pretty handy around a computer and maybe able to understand a bit of HTML code then you need not worry.

One of the biggest topics of conversation I come across here in France is computers. 99% of ex pats rely on their PC to communicate, advertise or shop by but when their machine goes wrong they are often stuck.

Do you want to keep up with the weather in France?

Mr Meteo is by far the most accurate site I have come across for this purpose. I look at it almost daily, especially if I have some exterior jobs on.

I am also very pleased that I have had an article published on French Entree. Something I have covered here before concerning the use of a scout to investigate property purchases in France.

Be prepared to pay and employing a scout can potentially save hundreds if not a couple of thousand pounds if you employ a trusted associate or friend to look for and evaluate properties for you.